Warning: A non-numeric value encountered in /home/customer/www/bobconti.com/public_html/wp-content/plugins/shortcodes-ultimate/includes/shortcodes/carousel.php on line 211
[vc_row][vc_column][vc_column_text]Bob Conti is a music icon – a world-famous percussionist, producer, writer and vocalist. He has been involved in performances and production of more than a dozen platinum albums and has performed on over 150 albums worldwide. Bob’s worked with artists including Diana Ross, Donna Summer, Bon Jovi, Paul Simon and countless others. His percussion work has enhanced orchestras from the Tonight Show to the Academy Awards. Bob has also performed all over the world with Jose Feliciano for over twenty years. 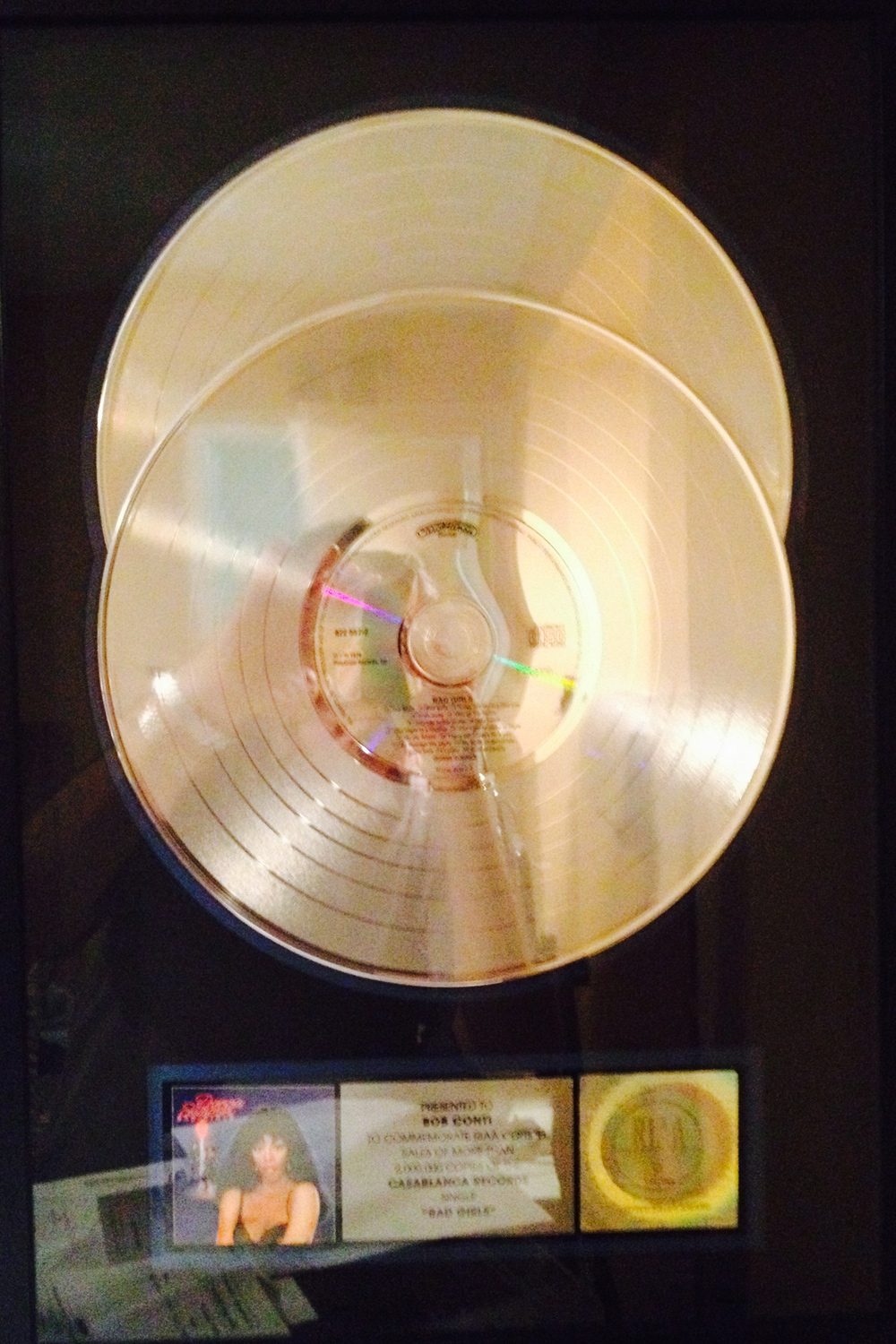 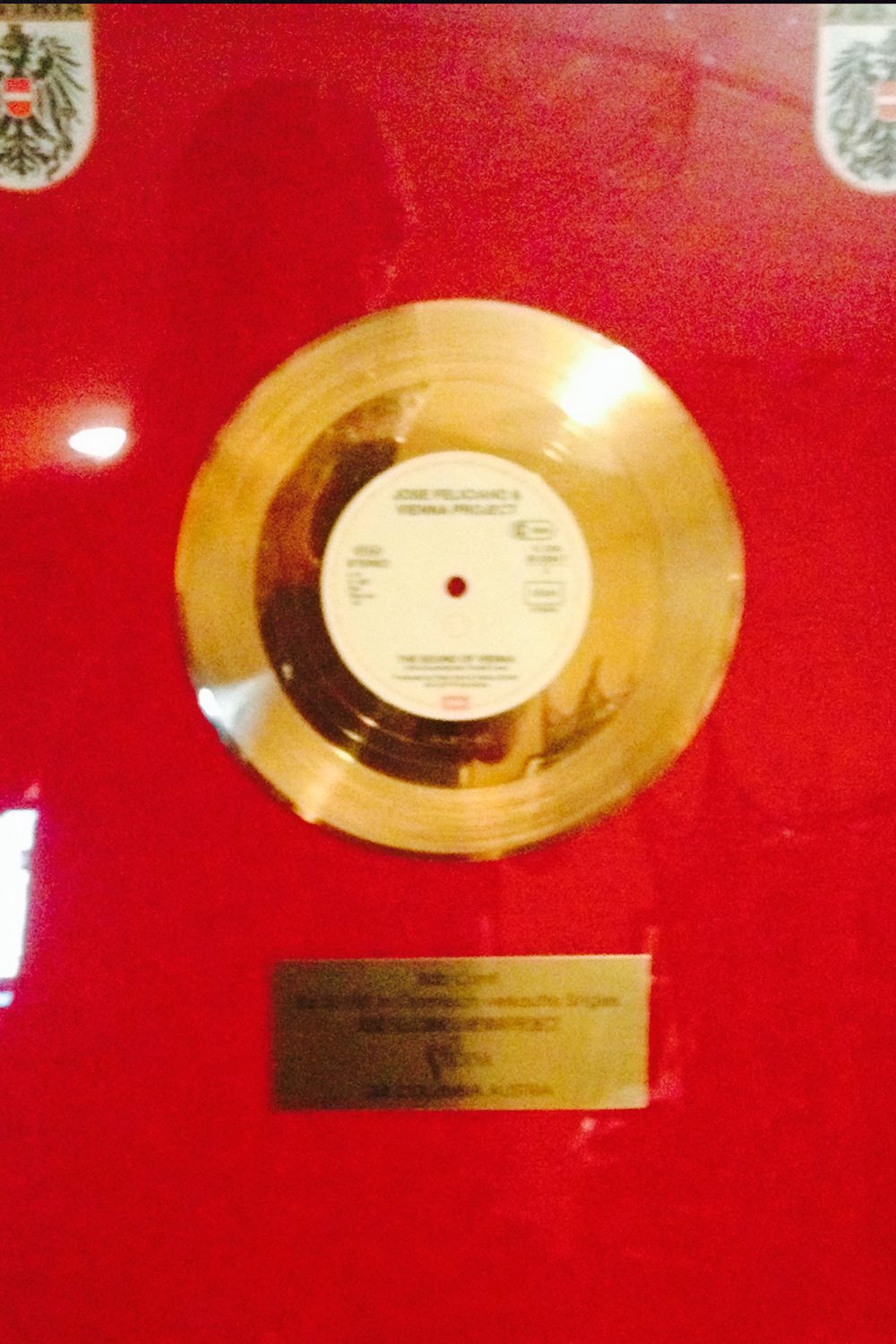 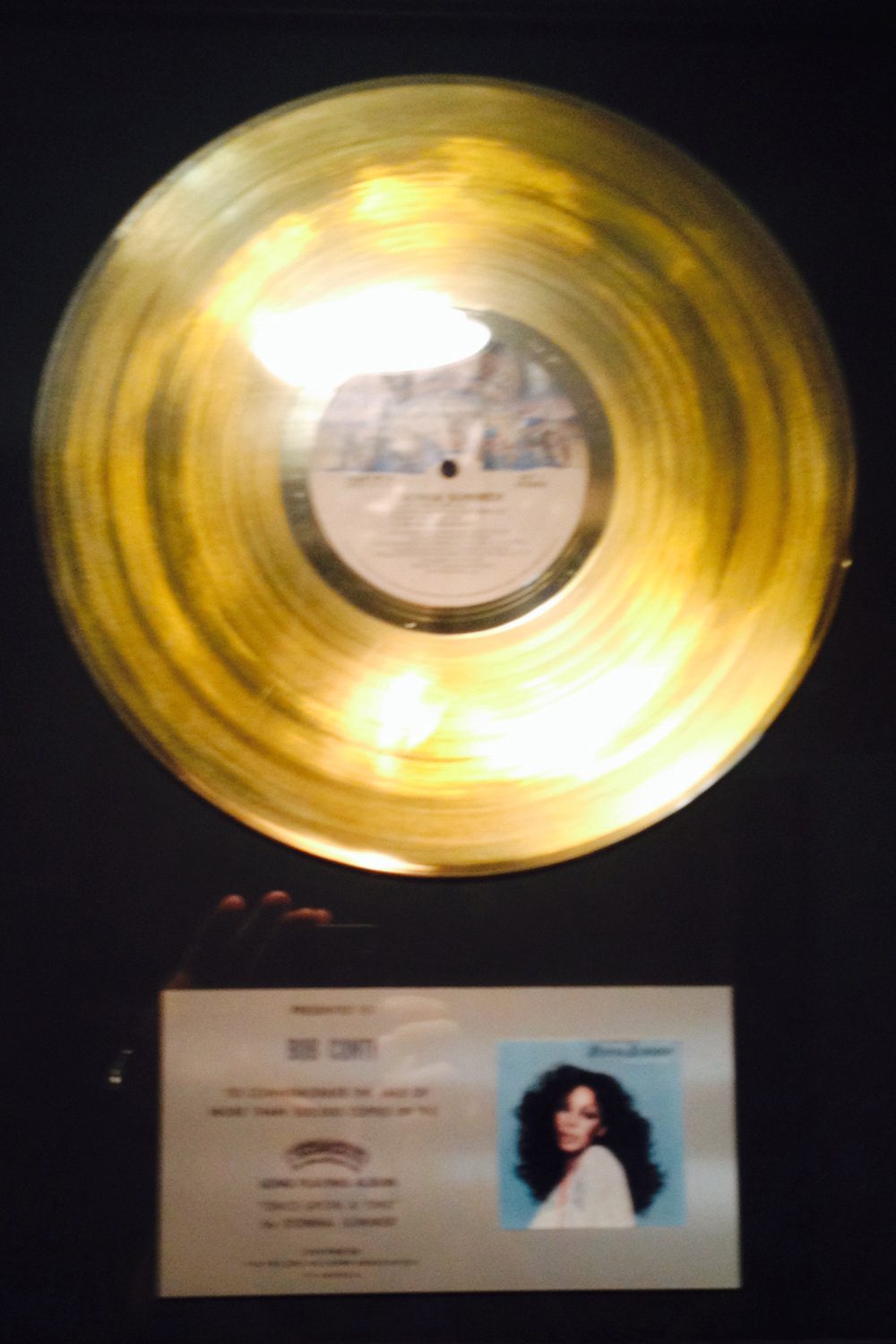 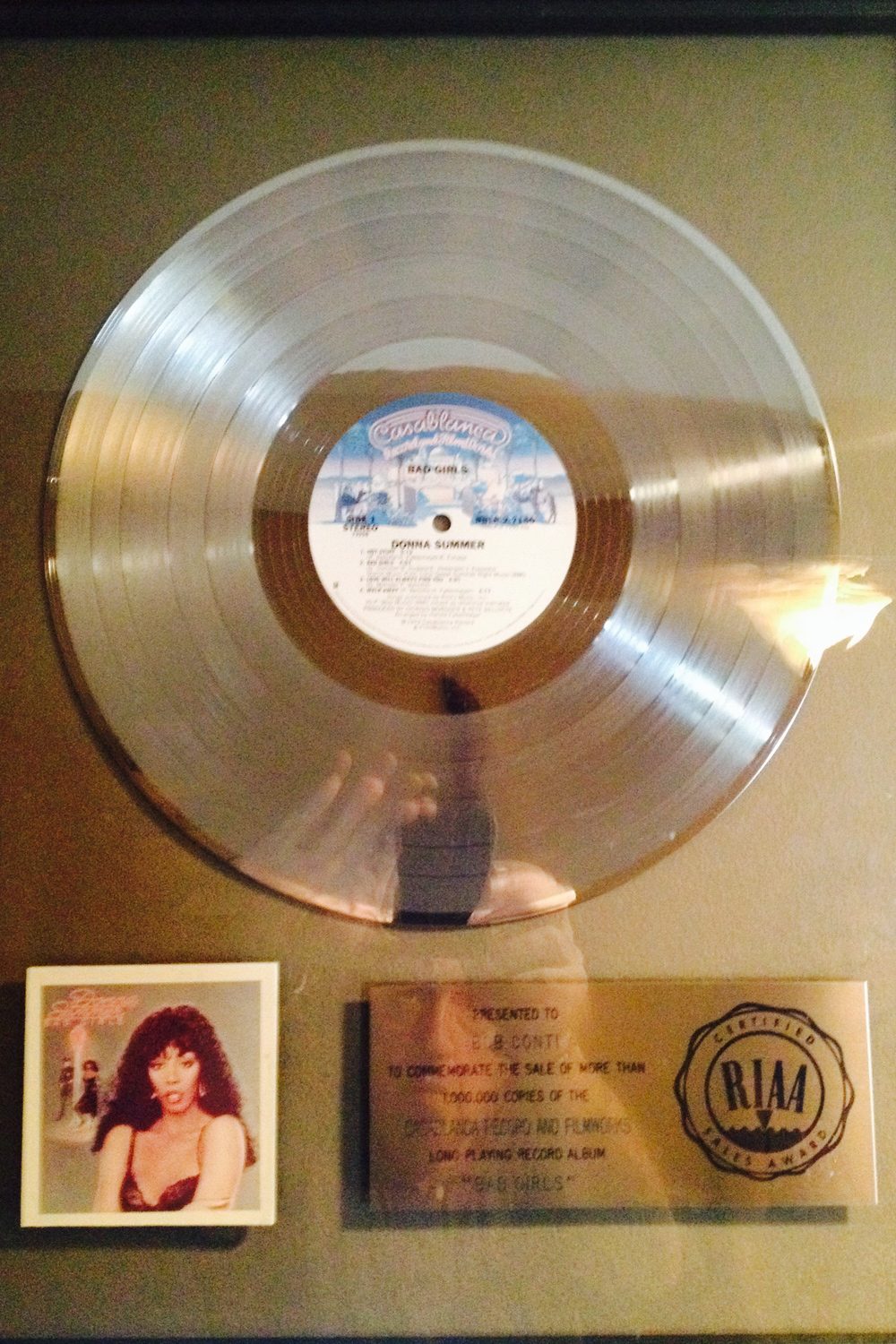 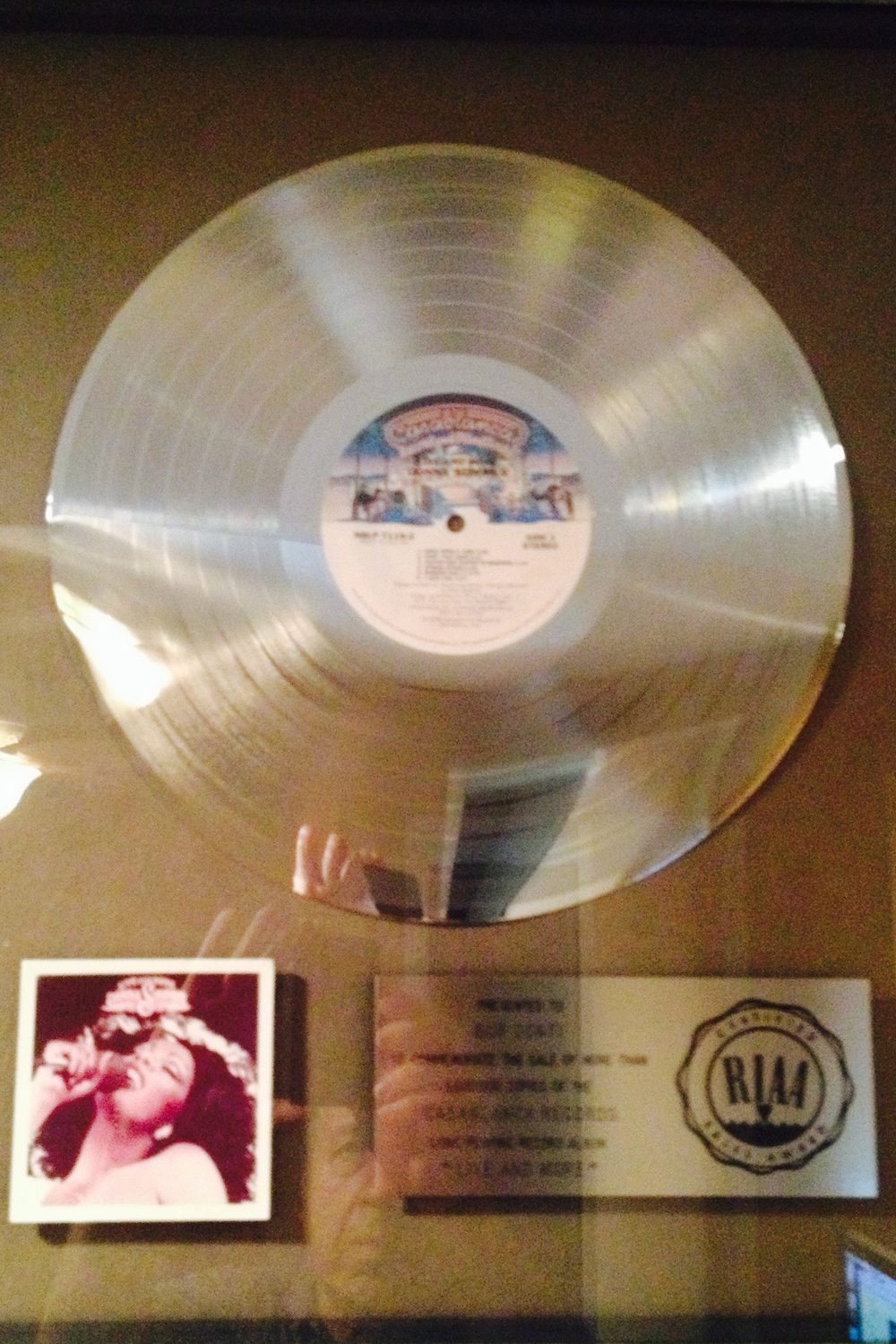 Want to know a little more about Bob Conti?

Bob is well known as a multi-talented singer, songwriter, artist and producer, a businessman and a gentleman.

His sense of humor combined with a very special sensitivity, makes him a unique person and a great musician. Genial, talented, creative, versatile, charismatic – these are words that are often used by industry insiders and the public to describe Bob Conti.

Bob’s current projects include the launch of his company’s new Record Label “The Genius Of” featuring two completed Jose Feliciano albums. There is another album in the works that will be released later this year featuring Bob and Jose singing together and performing some of Bob’s original compositions. In addition, he will be releasing an instrumental CD featuring the great talents of virtuoso guitarist Federico Ramos, as well as three other albums currently being mastered and soon to be previewed on this website and released worldwide.

“I grew up in Brooklyn where there was an A Capella group on every corner. Singing Doo Wop was what I did almost every night — in the subway, in hallways, at school, after school and wherever there was an echo.”

Bob’s first paying “gig” took place in the Jefferson Street subway station (Brooklyn, NY). “My singing buddies and I were paid a total of one dollar by a passerby for singing one of our favorite songs! I was mystified, why would someone pay us for doing something that we loved to do? It didn’t take me long to figure that one out.

My Brooklyn neighborhood was becoming too dangerous a place so Mom moved us to the beauty of sunny So. California. We settled in Venice, CA, right across from the high school marching band rehearsal area on Venice Blvd.

I heard the drums and I was hooked! Until then, my only instruments were household pots and pans and coffee cans.

I walked across Venice Blvd. my heart beating to the sound of the drums. I introduced myself to the music director and let him know I wanted to be a drummer in the band. He asked me if I could read? I said “of course” not realizing that he was asking me if I could read music. :-). He responded “Well then, there should be no problem,” so I had my work cut out for me.

I practiced all summer and when the school year rolled around I auditioned for the marching band. As fate would have it, I was accepted and my life was forever changed… forward march!

It’s hard to explain the feeling you get in the pit of your stomach when the drums call out to you… no, it wasn’t indigestion!

The answer was to MAKE MUSIC!

After my first semester at Venice High, I studied baritone saxophone and in the Fall auditioned for and earned the Bari Sax chair in the Dance Band. I played all through school in both the marching band on drums and on sax in Orchestra and Dance Band.

In my senior year, I had put together a 5 piece party band. I fronted the band, sang lead and wrote songs to perform live… and to make some extra cash.

My first real job playing music came in the early 70’s with Buck Ram’s original Platters vocal group. We traveled the chitterling circuit all through the south and down to Florida, which was an experience of a lifetime. It all snowballed from there.

I sang and played baritone sax in various R&B bands in my early days all across the U.S. with people like The Platters, The Emotions, Arby Greeves, The Temptations, Rufas Thomas’s daughter Carla Thomas, Wilson Pickett, and so many other R&B greats.

Although I always loved the saxophone, my natural talents were always with rhythm instruments. Latin percussion came easy to me. I would hear it and I could play it, simple as that!

I still sing, play Latin percussion instruments (Congas, Bongos, Timbales and toys). I produce records. I write! If you listen to Donna Summers “Bad Girls” album you will hear not only my percussive work but also my song writing (Only One Man, Can’t Get To Sleep at Night).

I loved that lady very much and will always be grateful for Donna’s kindness, her loving nature and her generosity. She remains one of my all time favorite people.

I worked with Donna through the decades and performed with her at her final concert at the Hollywood Bowl in May of 2010. R.I.P.

During a live concert in Las Vegas, Rick Hansen (who at that time was Jose Feliciano’s Mgr.) approached me at the end of Raquel Welch’s show about meeting the legendary Jose Feliciano.

We met at Jose’s home in Villa Park, CA. It was just the two of us. I remember it as though it were yesterday. I had always loved Jose’s music and was very happy to finally meet him and play together.

His home was beautiful. I was greeted with an affectionate hug and we got right down to business. He had Conga drums and Timbales, toys, and stringed instruments of every kind in his well-equipped studio. We connected, played for about 40 minutes, laughed, exchanged war stories and a new journey began.

To make a long story a little longer, I became his musical director, his percussionist, background singer, songwriter and the Producer of two of his albums (The Genius of Jose Feliciano Vol. 1 & 2), the person he calls ‘his brother’, and finally, the Godfather to his beautiful daughter Melissa.

It’s been approximately 30 years and we continue to work together performing live and in concerts all over the world. I remain eternally grateful.

There is much more to this story… it will unfold as you explore this website and get to know me a little better! Thanks so much for being part of the journey!”

“My mission is to move hearts and souls through music and art. To tie together the thread that connects us all as human beings. To passionately bring joy, love, compassion and self-reflection to as many people as possible. Above all else, my personal purpose is to serve others and to make the world a better place through my music and the arts.”